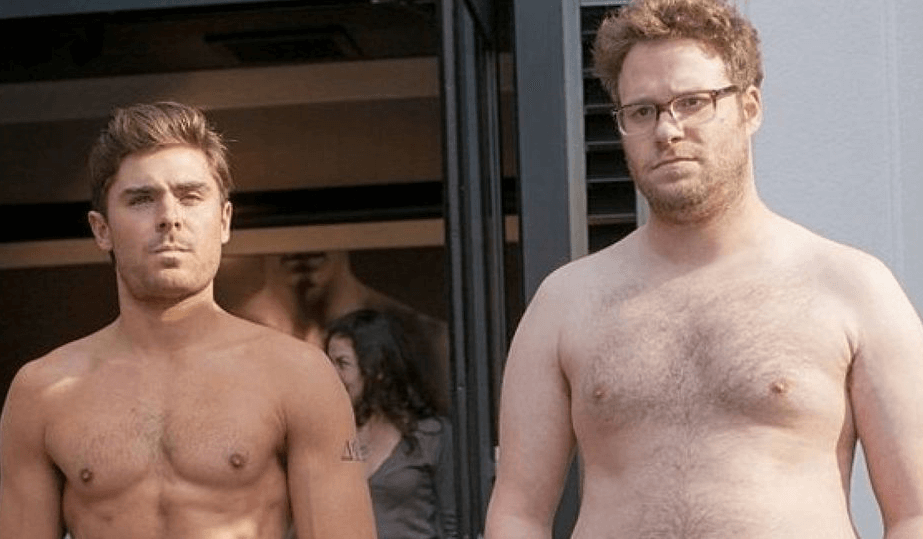 The Hell with X-Ray Vision.

Genotype and Phenotype of Health: Changing the World

Don’t worry. I’m not attempting to lull you into a brain splitting discussion on human genetics. The last thing you want to hear from me is a lecture describing how fucking James Watson discovered the structure of DNA. That would just be a tangential, fractionated, convoluted hell leaving you more confused than you were before.

But the title has a purpose, and it applies to every dadly principle here on out.

As a dad, and it may be hard to believe right now, you have astronomic superpowers. You have the ability to do something that government, health organizations, personal trainers, health gurus, and all that other crap can’t. You actually possess, within all your dadbod glory, the power to influence the health of the world.

As it’s laid dormant for many, many years, dad’s have been historically bad at exercising this superpower. This power is only rivaled by the ability to fly and x-ray vision. A new breed of dad deemed, the Men of Dadliness, are using their forks and their dadbods to turn the tide against the unhealthy habits of the past. They are internalizing what it truly means to pursue a healthy lifestyle, and how important it is to their children. The Men of Dadliness are wiring their own genotype to prioritize health and fitness, then expressing their phenotype by showing their families they’re serious about it. Simply stated, Men of Dadliness don’t fuck around with health anymore and are leading by example.

Do you want to be a part of the movement? How would it feel to accomplish something the most well funded health organizations can’t even touch? Do you want to keep yourself and your family away from the expensive and inundated healthcare system that contrarily wants you to stay sick? Imagine reducing the demand on the American healthcare machine and bringing big pharma and big food to their knees, unemployed, crying like all of the sick patients that died because of their profits. Rise up my friend.

…but you can’t join unless you truly believe. And that’s part of being fucking DADLY..

It starts with you. It starts with your pursuit of health. The Men of Dadliness are on a lifelong pursuit of living a healthy lifestyle and owning it in the name of their families. It’s not an easy road. It’s riddled with failure, deception, and coercion. But the Men of Dadliness stay in the fight because they understand, “If I want my children and family’s health to prosper, I need to be that beacon of health.”

I understand it sounds like i’m the hype-man for a band of orcs poised to attack in Game of Thrones, but I’m as serious as a testicular torsion. If you eat Kentucky Fried Chicken, your kids will have favorable views towards KFC. If you eat processed foods, chicken nuggets and cheez-its will be your family’s favorite food. No questions asked because the shit tastes good! Children don’t need convincing that a double whopper with cheese tastes like the fourth of fuckin’ JULY. All they need is that undadly example for them to think, “well if he’s doing it..”

On the contrary, if you flex those fucking dadly skills and go out of your way to get clean veggies and locally sourced meat your children will be befuddled. “Why is going out of the way to get kale and salmon so important to him?” Your kiddos start to think. They start to ask questions. They analyze because odds are 1.) they aren’t getting the same message from society and 2.) their friends don’t get it either. There is an inconsistency that they unconsciously want to investigate. When they investigate, they interpret. When they interpret what they look for ways to understand and BAM…learned behavior. Ever noticed in class when you take unique notes or paraphrase in a way you understand the material sticks? It’s the same principle.

It’s the exact same thing with exercise. Your kids wonder why you scramble like a damn hamster in the morning to get to the 6am CrossFit class. They just can’t wrap their heads around your high-pitched excitement about the Thursday night spin class and hot yoga downtown (guilty). Your kids think, “What’s with this nut? Why is he denying himself the extra hour of sleep and endless snoozes on the alarm?” They think, “What is this a priority for him? What’s driving him to punish himself like this?” When your family starts asking these questions, they’re peering into that fitness genotype that is expressed with the dadly phenotype.

As they get a glimpse into your priorities of health, your children are in receiving mode and need to be enabled. At this point, Men of Dadliness, talk about the importance of health and what it truly means to take care of yourself. A bad-ass doctor down-range told me something that is the basis of many of my health views. He said, “We teach our children about the importance of seat belts in the car, but kill them with candy bars and processed food.” What do you think of that? Bad dietary habits contribute one fifth of the deaths in the world, which makes me rethink the slogan, “click it or ticket.” There should be corny PSA posters emblazoned with “consume it and exhume it.” …too much?

When the concept of living a healthy lifestyle clicks, the real dadliness takes the stage. Once they understand why health is a priority and internalize its importance, they need to be ushered into their own pursuit of health. Some pick it up like naturals. For some, it’s the beginning of an odyssey to find what works for them. And you can help them along that journey.

But, as a fucking dadly dad, you can rest assured that you have instilled the importance of fitness and health into your children. You can breathe a sigh of relief that your children will not be statistics and take full ownership of their health. Having true ownership of one’s health and recognizing it’s importance as it applies to this world of processed food and lies is the way forward. No matter what kind of father you are, you have the power to equip your children with the proper tools to grow healthy.

I understand this post isn’t as comedic and lacks puns and idioms compared to others. Unfortunately, along with resilience, neglecting health has far reaching implications; second, third, and fourth order effects. The book I’m writing entitled The Art of Dadliness shows just how grave the obesity epidemic and unhealthy lifestyles really are. Its negatively affecting our mental health and relationships…it even goes as far as obstructing national security. I hate to say it but it’s true.

I appreciate everyone reading. This post was a little more sobering and straight forward than the others. The jokes with return next time.

P.S. As always, I appreciate comments in any form! Also, SUBSCRIBE!

View all posts by Nik Roumell

5 thoughts on “The Hell with X-Ray Vision.”

This site uses Akismet to reduce spam. Learn how your comment data is processed.

Leadership
The Order of the Good Death

A healthy lifestyle blog that brings you the best, most trusted resources created by real experts to help you achieve the best version of yourself

I love my kids, I just hate parenting

The best longform stories on the web